After one year of development and thanks to numerous partners feedbacks, DIODON Drone Technology is proud to present its newest drone: the DIODON HP30!

Still amphibious, more rugged and user-friendly(er), the DIODON HP30 is a micro-drone with an inflatable structure adapted for defence and security missions in hostile environments.

Equipped with ultra-high optic and IR payloads, the DIODON HP30 is operable, by day and by night, at sea, in the rainforest, in the mountains or in the desert to ensure the success of your interventions.

Book your demonstration now ! Contact us for more information.

By DIODON Drone Technology, May 5th 2020

Our drones were undergoing tests during storm Ines in the UK. We are now proud to communicate that the DIODON SP20 is Royal Navy approved! Once again, thank you Royal Navy Air Station Culdrose and the 700X for their warm-hearted welcome. 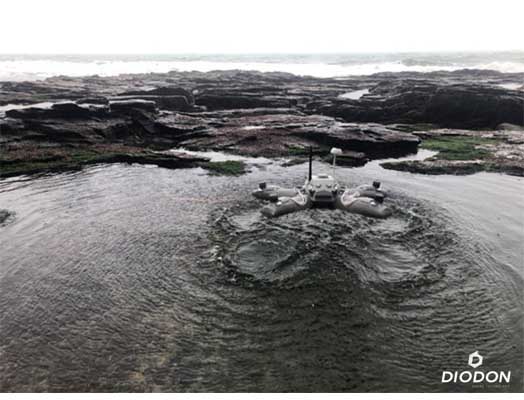 Invited by the GICAN, the French marine industry group, on the SEAnnovation area at Euromaritime, the Euro-Mediterranean blue growth exhibition, which took place in Marseille, France from the 4th to the 6th of February 2020, we had the opportunity of presenting the DIODON drones to many industrial and institutional actors. An exhibition full of opportunities in the maritime sector! We would like to specifically thank the General Secretary for the Sea, Mr Denis Robin and the Maritime Prefect for the Mediterranean, Vice-Admiral Laurent Isnard for their visit to our booth. 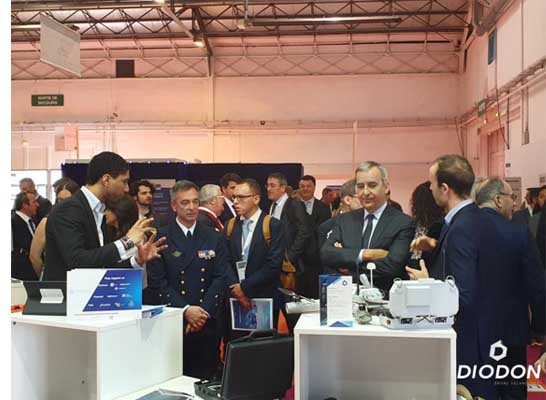 The DIODON team was on the GICAT’s, the French land and air Defense and Security industries group, booth on the 17th and 18th of January 2020 at the Paris Event Center! This event allowed us to present our drones and to discover the other start-ups of the Generate label and from the Defense. 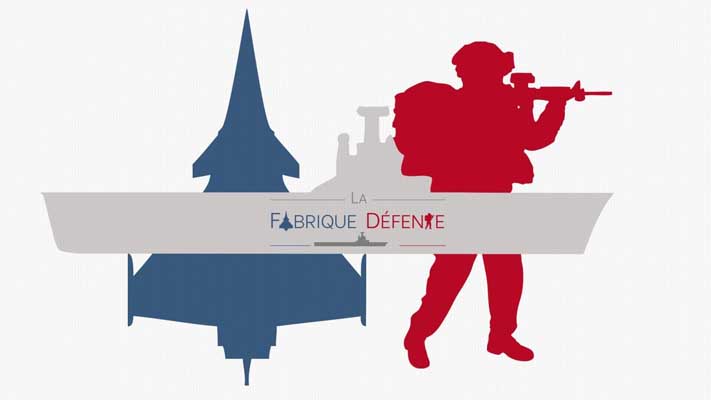 A huge thanks to the French Ministry of the Armed Forces for this excellent article retracing the journey of DIODON SP20 in Mali and within the operational forces: Link to the article

On the 70th anniversary of the DGA Aeronautical Techniques (center of expertise and ground testing of aeronautical systems and equipment), the DIODON SP20 has aroused strong interest from the Chief of the French Defense Procurement Agency (DGA), Mr Joël Barre. All of this could not have happened without the continued support from ISAE-SUPAERO, the world’s leading higher institute in aerospace engineering and both of DIODON’s co-founders’ school. 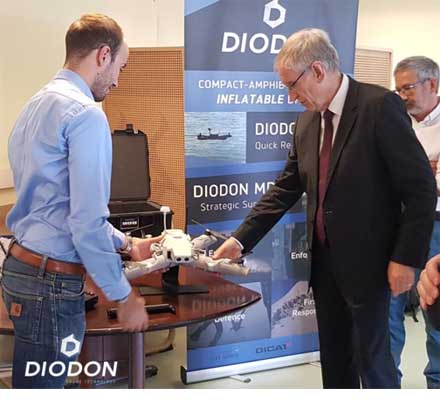 In preparations for the 14th of July 2019, the French national day, the CEO and co-founder of DIODON, Mr Antoine Tournet, was on the air with Europe 1 to talk about innovation in the armed forces. It was also a good time to talk about how the French Armed Forces capitalized on our invention. Indeed, "the off-road aspect of this drone is an important asset for the missions of the French forces in operation"! Check the link below for the full interview: : Link to the interview

The DIODON team was present at the International Paris Air Show at Le Bourget from the 17th to the 23rd of June 2019 on the ENGIE Ineo booth to present our unique technology. Many thanks to the French Chief of the Air Force Staff, General Philippe Lavigne, for visiting us at the exhibition and to Engie Ineo for making this happen. We are proud to bring our solutions to the French Army! 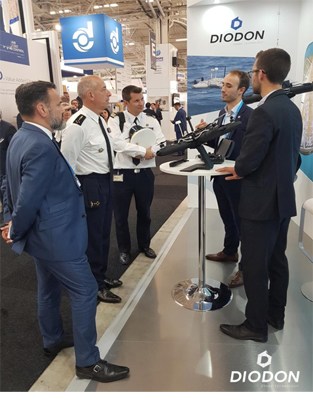 After graduating the GENERATE program, the GICAT’s innovation accelerator, launched 2 years prior, we are proud to officially become part of the GICAT, the French Land and Air Defense and Security Industries Group, which has accompanied us since the beginning! Our integration took place during the 40th anniversary of the group and in the presence of the French Minister of the Armed Forces, Ms Florence Parly and the Chief of the Land Staff, Mr Thierry Burkhard. To further discover the missions of the GICAT, click on this link: Link to discover the missions

Viva Technology, the world's rendez-vous for startups and innovation leaders, which took place in Paris from the 16th to 18th of May 2019 at the Viva Technology exhibition in Paris, was a good showcase to reveal how we work with larger organisations such as Atos, the international leader in digital transformation. Once again, thank you Atos team for this golden opportunity. 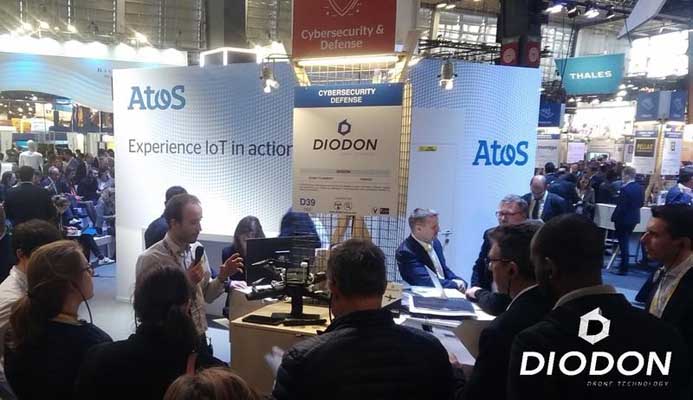